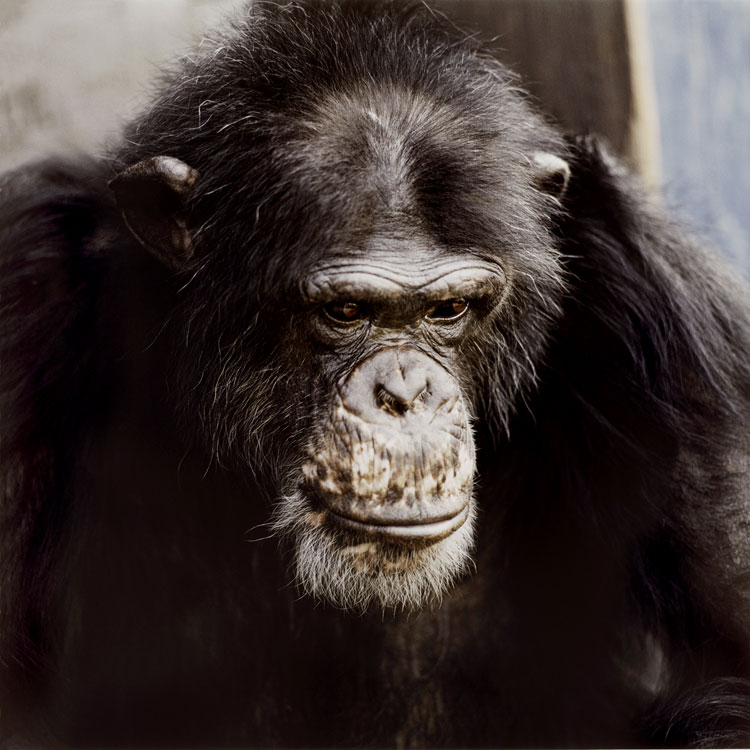 Yoko began his life in the circus. When he was 7 years old he entered the LEMSIP Laboratory where he became "Ch-353". He was locked into a very small cage that hung from the ceiling, and was tattooed with his number on his chest so he could not be mistaken for the chimps on either side of him. That is how he was left to live out the rest of his life, which could last as long as 50 more years. From 1984 to 1991, Yoko endured at least one punch liver biopsy per month, over 140 liver biopsies in 16 years at the lab, along with many more invasive procedures before his release in 1997. There are no indications as to what these biopsies were for, no references to any studies. In a study to test a nasal spray, he was knocked down every 2 days for 2 months. Every day in this study, he had a fever. But since it might interfere with the results, he was never even given an aspirin. In 1995 he was inoculated with HIV. He endured another 3 lymph node biopsies but no longer participated in any studies.