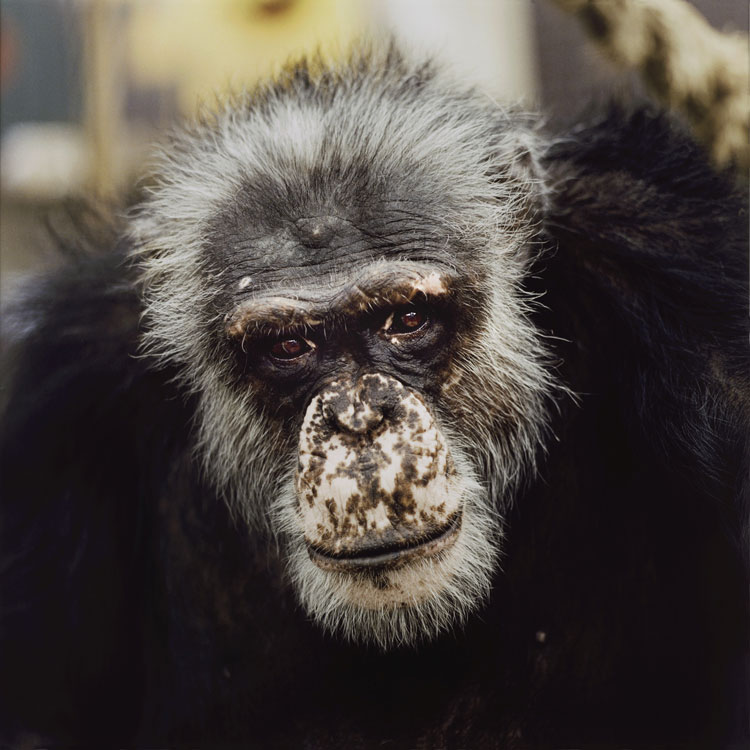 Tom was born in Africa. Taken from his family, he spent his first 30 years in the laboratory. Tom arrived at LEMSIP on August 13, 1982 from the Buckshire Corporation at about 15 years old. In his subsequent 15 years at LEMSIP, "Ch-411" was knocked down over 369 times. Tom was inoculated with HIV in 1984 and for the rest of his time at the lab he was used mostly for vaccine research. Completely uncooperative in the lab, he was even knocked down for cage changes. After enduring some 56 punch liver biopsies, 1 open liver wedge biopsy, 3 lymph node and 3 bone marrow biopsies, Tom gave up. Plagued constantly by intestinal parasites, he often had diarrhea and no appetite. When he had some strength, he banged constantly on his cage.