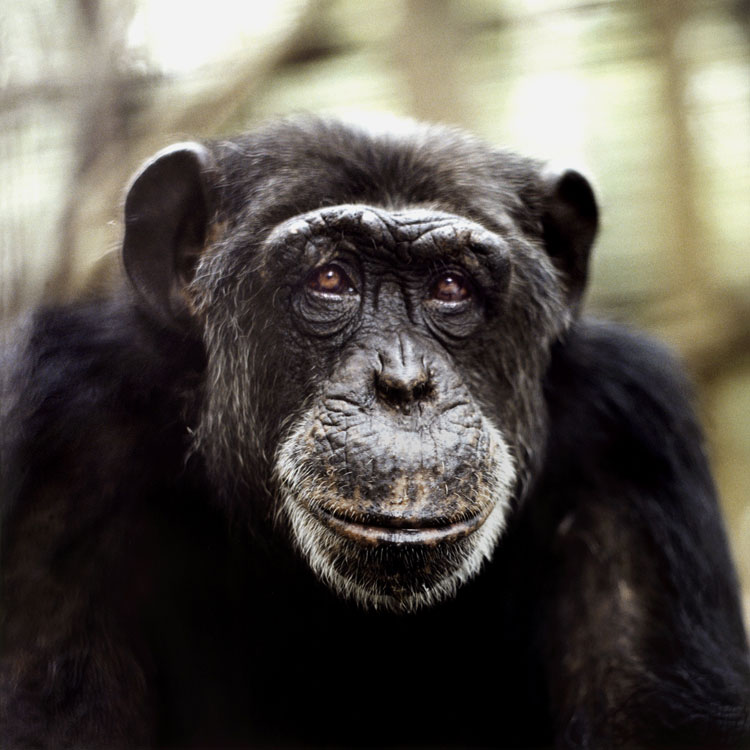 Toddy was born in Africa. She was captured in the wild and sold to a family in Florida as a pet. But when she was still an infant, veterinarians discovered she had bullet fragments lodged in her brain which most likely occurred when her mother was shot so Toddy could be taken. As Toddy grew up, she was passed along from pet owner to a roadside zoo and then to a breeding farm. After several years living with a group of chimpanzees, she was separated due to health problems and kept alone in a small cage for 4 years. Her only companions were her caregiver at the breeder's farm and a stuffed toy gorilla that she carried with her at all times.