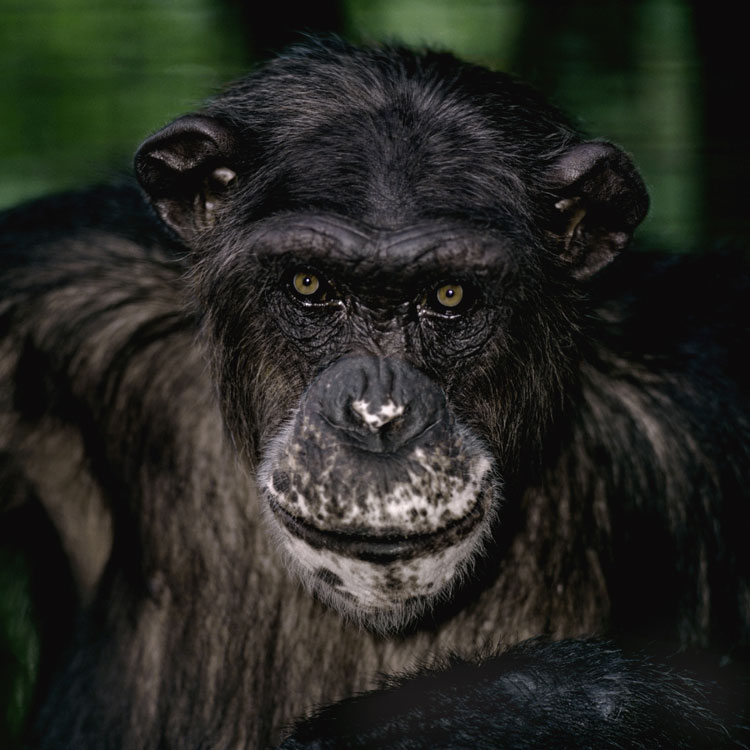 Roger was born in a roadside zoo where he was pulled from his mother in his first year and sold to a family in Connecticut. When he was three the family sold him to circus trainers who traveled with Ringling Brothers Circus. He stayed in that situation until his handler died in 1993 at which time he was sold to another roadside zoo. There he was placed in the same cage with an adult male orangutan with only a chain link fence to separate them. At some point Roger was castrated. When he was eventually rescued there were considerable problems opening his cage since the lock and even the door had corroded shut. It had been at least three years since he was out of his cage.