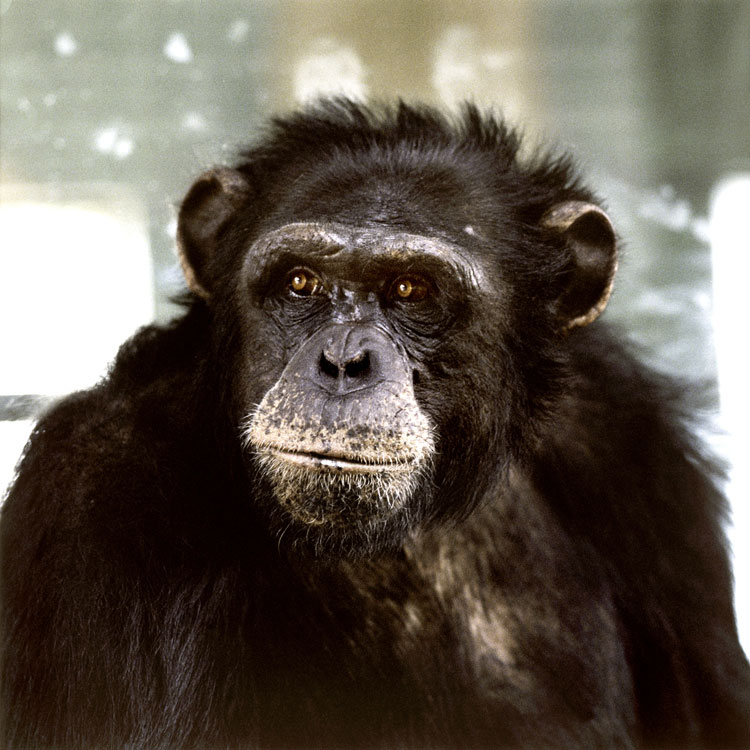 Regis was only 2 when he was treated for his first stress-related event - he chewed his finger nail completely off. The following year he was treated for depression and anorexia (he weighed less than 20 pounds at 3 years of age). He had still not participated in any study. During the 3 studies Ch-645 was involved in, he was lethargic, withdrawn and depressed. He refused to eat and drink. When he is particularly stressed he suffers from anxiety attacks during which he nearly stops breathing so badly that he begins gagging and convulsing. It took over an hour for this very stressed, very anxious chimpanzee to leave his transport cage and enter his sanctuary home.