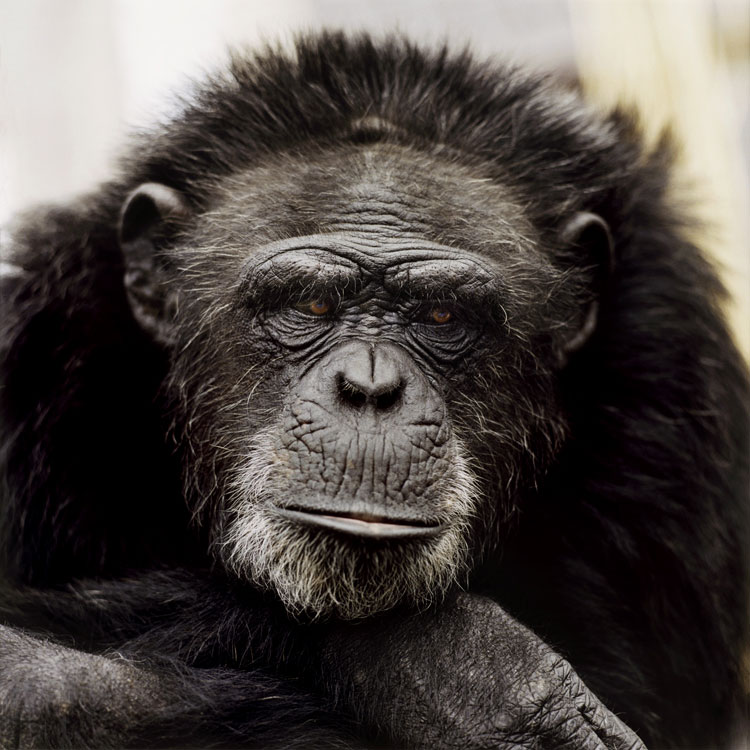 Before Rachel was deposited at LEMSIP she lived as a pet in Florida where she was treated as a human child, dressed in clothes and given bubble baths. When she was three years old, her 'nanny' brought her to the lab. She spent the next 11 years living in isolation as a research subject. During this time she was anesthetized 235 times, 147 of these by dart. She endured 39 punch liver biopsies as a subject of Hepatitis research and underwent surgery for the testing of new artificial sweeteners for NutraSweet. She fell into an extended period of depression and was treated repeatedly for rashes and sores on her neck and wrists inflicted on herself during anxiety attacks. She also suffers from the 'phantom hand' syndrome, which has caused her to bite all of her nails to the quick, rubbing them until there is nothing left.